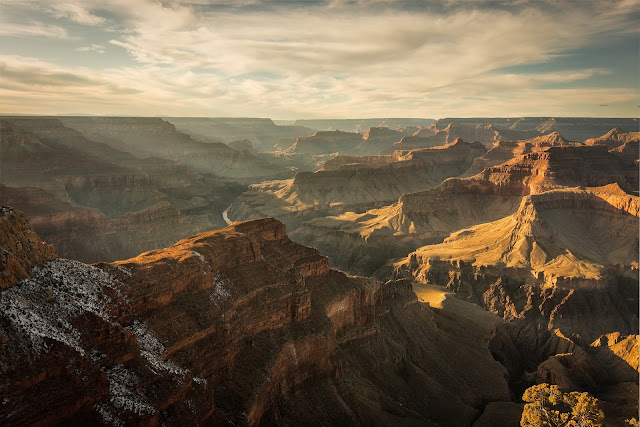 2. The Grand Canyon itself can influence the weather. The Grand Canyon has an elevation spanning from around 2,000 feet to over 8,000 feet, allowing it to experience a variety of weather conditions. As a result, the temperature generally increases by 5.5 degrees with each 1,000-feet loss in elevation.

3. The Grand Canyon is one of the most visited national parks in the United States. An estimated 5.9 million people visit the Grand Canyon a year, making it the second most popular national park following just behind the Great Smoky Mountains of North Carolina and Tennessee. It’s a far cry from the annual visitation of 44,173 in 1919 when the park was created.

4. The most dangerous animal in the park is the rock squirrel. From bighorn sheep and the California Condors to the Gila monster, the Grand Canyon is home to a large array of wildlife. But it’s the rock squirrel that causes the most trouble. Every year, dozens of visitors are bitten when they try to feed these animals. To stay safe, do not approach or feed any animals found at Grand Canyon (or any park).

5. Controlled fires are good for the canyon’s landscape. Fire has been a part of the Colorado Plateau ecosystem for thousands of years. It naturally thins the forest, recycles nutrients into the soil and stimulates new plant growth. Fire managers at Grand Canyon National Park work to strike a balance between restoring and maintaining natural processes associated with fire, and protecting human life and property. 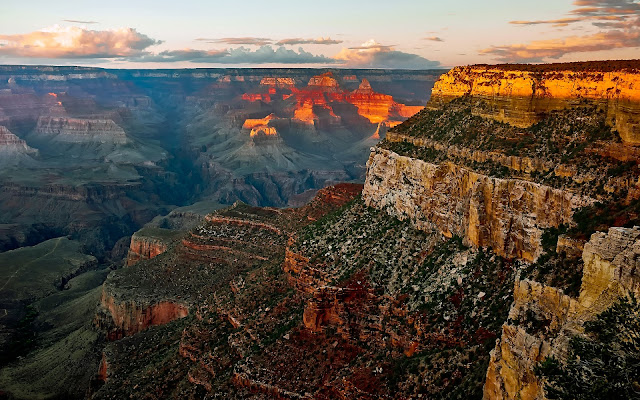 6. Teddy Roosevelt was instrumental in protecting the Grand Canyon. President Theodore Roosevelt first visited the Grand Canyon in 1903 and was deeply moved by the unique landscape. In 1906, Roosevelt signed a bill that proclaimed the area the Grand Canyon Game Reserve, and two years later, he made it a national monument. Of the Grand Canyon, he said, “Leave it as it is. You cannot improve on it. The ages have been at work on it, and man can only mar it.” 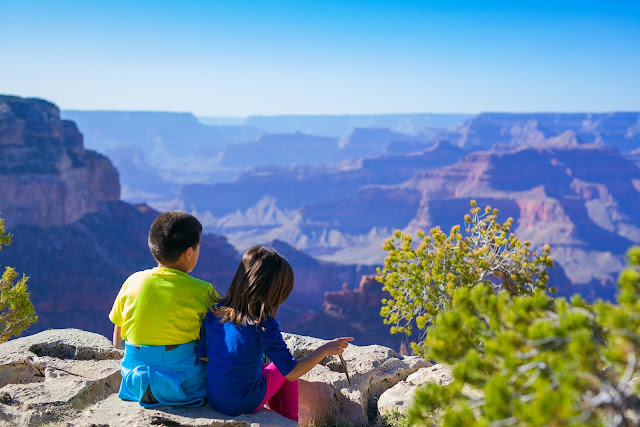 8. It’s not actually the widest or deepest canyon

9. The Grand Canyon may be grand, but it is not the widest or deepest canyon in the universe, or even on Earth. Pluto’s moon Charon contains possibly the largest cliffs in the solar system, estimated to be more than 5 times deeper than the Grand Canyon!

10. Back on Earth, the Grand Canyon is an impressive 6,093 feet deep and spans 18 miles (29 km) at its widest point. This may seem unsurpassably vast, but it’s narrowly edged out of first place by Capertee Valley in Australia by only 0.62 miles (1 km). There is some debate over which canyon is the deepest. Geographers have narrowed it down to two options:

12. The Kali Gandaki Gorge in Nepal, which has a reported altitude difference of 21,000 feet between the river and peaks surrounding it.

13. It’s the only place in North America where mail is still delivered by mule

14. Deliveries are made by mule both to and from Supai Village and Phantom Ranch inside the Grand Canyon. Since these areas are not accessible by road, mules are one of the only forms of delivery available to those who reside there. The strong winds, unpredictable weather, and sometimes treacherous terrain of the Grand Canyon make other forms of delivery, such as helicopter or boat, unreliable and dangerous. 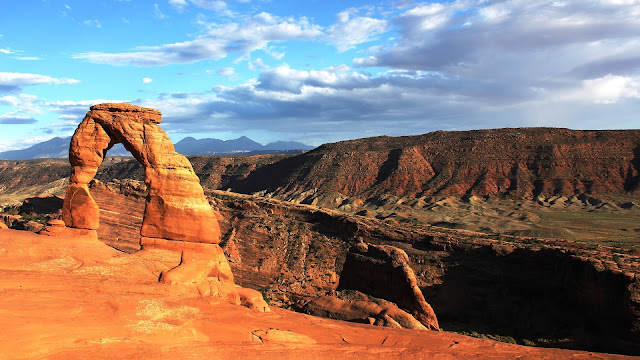 16. A ghost known as the Wailing or Wandering Woman can sometimes be seen on the North Rim. The Wailing Woman is said to be a woman who committed suicide in the 1920s in a lodge on the North Rim after her husband and son were killed in a hiking accident. Keep your eyes open for a veiled figure wandering the Transept Trail, reported to wear a white robe with flowers on it.

17. Others tell stories of the ghost of John Wesley Powell, an early explorer who travelled through the Grand Canyon by boat, wandering the canyon at night.

Vacation Rental versus Hotel Which is Best?

Top 5 Things to do in Venice Beach

Best Art Museums in the U.S.

Washington D.C.- The Perfect Family Vacation Destination and Things to Do With Kids

Top Things to Do in Greenland

Top Things To Do For Free in Las Vegas

Top Things to Do in South Dakota

Top 10 Things to do in San Francisco

Things To Do In Amsterdam

Best Things to Do on Your Smoky Mountain Vacation

Things To Do In Philadelphia

How To Find The Cheapest Flights

Amazing Free Things To Do In Washington D.C.

What to do in Miami

Top Things to do in Chicago

New Orleans Things to Do

Seattle Things To Do

Top Things to do in Atlanta

The Ultimate Guide for Cheap Vacation Spots for Honeymoon

Top Must See Castles in Europe

Top Things You Did Not Know About New York City

Top Thing You Didn’t Know About The Grand Canyon

6 Best Places to Visit in Nebraska

Top 7 Cities in Japan You Must See

Best Things To Do in Memphis

Things to Do in Boston